The Waxing and Waning of Friendships

I recently unfriended my first person on Facebook. I’ve never done it before. I’ve blocked people’s feeds when they post too frequently or I heartily disagree with their politics. I’ve ignored friend requests, not denying them so much, as simply leaving them in Facebook purgatory because the alternative feels judgey. Who am I to deny their “friendship”? We deny friendship in real life – when we can’t find the time to “grab a drink” or “get the kids together” – because time in real life is finite and it’s truly impossible to be friends with five hundred people, but on line it’s just a click, so what’s my problem? The thing is, I’m not into “collecting” friends. Though I consider myself incredibly lucky to have a rather large and eclectic group of extended friendships that seems to span the globe, my day to day group of friends is really quite intimate. Real time friendships take more effort than a thumbs up or the occasional comment. There aren’t enough hours in the day to be part of everyone’s life so you have to make tough decisions. Social media sites like Facebook and it’s ilk (Twitter, Instagram) are already monster time suckers so, to realistically get anything out of them, you have to keep your numbers low there too. I recently decided I was wasting too many hours – mostly sleeping hours – devoting myself to other people’s thoughts. So I’ve decided that when it comes down to it, if someone’s life has little or no baring on my own, I can’t take it on virtually or in real life. It’s unrealistic to think you can truly be friends with everyone, and even though the effort of being friends on line is a minimal one, I still find it necessary to make that call. A vast amount of followers doesn’t stroke my ego.* I think if you really want to properly assess how well you’re liked it’s best to look at the faces you see rather than the feeds you follow. 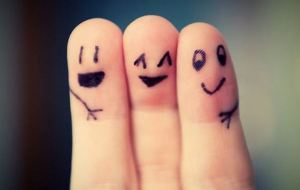 This has been a big year for friendship shifts for me. I haven’t made this many new friends since starting University and I was beginning to think “my people” would always just live in another country (Canada, UK, Hong Kong) and I’d have to just accept the loneliness that came with that fact. However, with the natural reshuffling that comes with changing schools and jobs, I’ve found that people I was doing everything with for a time are suddenly no longer part of my life and, people I didn’t know a year ago, are some of my closest friends, just scratching the surface of what could be. I found people I can truly count on this year, people I’m not ashamed to ask for help, people who share the same values and sense of humor and, for that, I feel incredibly grateful. This is not to say if I saw some of my previous friends on the street I wouldn’t be thrilled to catch up, simply that the relationships didn’t have a strong enough root system to continue to grow without the constant attention of daily care. Though the waxing and waning of friendships can feel uncomfortable, I think it’s a natural and necessary part of growth and change. 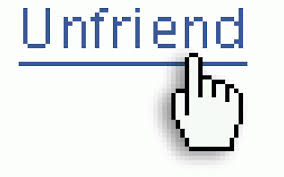 The decision to actively “unfriend” someone, however, is an interesting one.  In real life, that process can be quite messy. I was unfriended in real life over the past two years by someone very close to me and for a while I fought it. I was sad and angry. I felt unheard and used and disappointed, but ultimately I came to understand my friend simply made the decision that, despite our past together, she’d prefer her life move forward without me and there was no alternative but to accept her decision. I’m sorry to see her go but I believe the future remains unwritten. I’m not hoping for a reconciliation. I’m just not writing one off.  Unfriending someone on line is so much simpler. All it takes is a click of the mouse and that person is no longer part of your life. If I’m being honest it was actually a pretty liberating experience and I’m not exactly sure why I didn’t do it sooner. This particular person added nothing to my life and, quite frankly, just seeing his name on my newsfeed made me angry. The whole act of cutting ties was clean and simple and, in many ways, preferable to the drawn out desolution of a real life relationship.

Whether you fight with someone or grow apart naturally, losing friends is a part of life. Some friendships are location sensitive, some are born out of necessity, others simply have a shelf life. As you change, so too do your friends, and the combination doesn’t always work. This process can work in reverse as well. People you aren’t close with as a younger person can grow into dear friends over time. My closest confident and I were peripheral friends through high school and college, drifted apart for years and then found each other again as adults. What we share now is stronger and more important than anything we could have had in our youth. Life dealt us both some serious blows and we’re ultimately better and more connected because of them.  This isn’t to say friendships from childhood can’t be wonderful life long relationships, just that over time certain ones will become like feeds on your Facebook page, passive and perfunctory. You’re happy to hear about their lives when you can, but you no longer actively pursue the relationship.

Visiting Toronto this summer I realize this habit of limiting of my numbers extends into my old life as well. At first I was concerned I was becoming an introvert, happier to stay home with Loch and my parents than rush out to see anybody, but now I recognize it’s simply that I prefer to catch up one-on-one rather than in a big group or a crowded setting.** Sean and I have a pretty large group of extended friends in LA with whom I have no problem actively socializing. The difference is, I’m not trying to update them all on my past year. They proably saw me, at most, two weeks ago. In Toronto, there’s a lot more to say, a fire to rekindle from a glowing ember rather than one already roaring and I just find it’s easier to build up one fire at a time.  It’s a hoot to get together as a group, just not the way to truly visit. It’s my experience that I either become sick of my own voice – while I recount whatever story best explains my past year over and over – or never get past the small talk pleasantries that dominate a chaotic setting. I prefer to take the time for each person separately. That way I can properly see how they are rather than simply graze the surface. If I can do both…all the better. 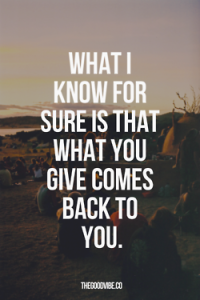 I’m also making an effort to not just disappear from my LA friend’s lives simply because I’m no longer physically in LA. I usually go radio silent for six to eight weeks a year while I’m in Canada, but I started to notice that when I returned it was increasingly difficult to pick up where I’d left off. I don’t have the history with the LA people that I do with the Toronto people. So instead of trying to build a fire from a glowing ember, I found I was dealing more with a lukewarm ash. Old friendships are like old growth trees, requiring minimal maintenance to continue to thrive, new relationships are like saplings. They need more tending if you don’t want them to die. I’ve recently been lucky enough to add some great people to my life and it’s my hope that making a concerted effort to keep in touch will ensure we’ll hit the ground running when I get back.

Best to all of you.

*Millions of followers for this blog however, that would be a completely different thing!! It’s your public life vs. personal I suppose.

** Particularly where people are smoking. I just can’t do it anymore. Toronto, stop smoking man. You’re killing yourselves and ruining patios for me. 🙂