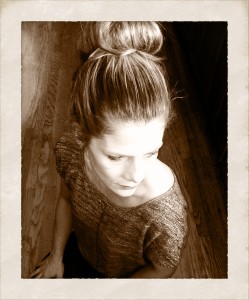 I recently went to see the most recent movie from Nicolas “The Notebook” Sparks. I was going with my parents so we settled on Safe Haven with Josh Duhamel and Julianne Hough as a film we could all agree on. I wasn’t expecting much. I like romances but Sparks’ stories are pretty predictable and I find I generally waver between pleasantly entertained and slightly eye rollie. The only exception to this rule so far would be Ryan Gosling and Rachel McAdams in the aforementioned Notebook. The scene when they’re on the floor of the old plantation house elevates the film well beyond any typical feel good romance. Anyway, Safe Haven was exactly what I was expecting and was enjoying it well enough until I found I was becoming increasingly emotional. By the end of the film I was so overwhelmed I went to the bathroom and bawled my eyes out. The whole experience got me thinking about how our reactions vary so drastically depending on our perspective. The film had a different affect on me than everyone else in the theatre, except maybe my mother who was seeing it through my eyes.

Safe Haven (SPOILER ALERT) is about a young woman who escapes her abusive husband to find herself in a vacation town on the coast of South Carolina where she meets a handsome widower and his two adorable children. It’s relatively straightforward. She’s got trust issues, he’s still dealing with the struggle to move past his beloved wife, they fall for each other, love conquers all and, after her crazy ex-husband gets shot in the chest with his own gun, they live happily ever after.

The thing is, I was supposed to be rooting for the couple. I was meant to see her fill the void left by the children’s mother. I was to hope she’d trust this marvelous man – only alone by a cruel trick of fate – and cheer when she finally let her guard down enough to see that not all men are bad and that she was worthy of love. As I followed the plot however, I became increasingly aware that the character I was most associating with was not the main girl, or the husband or even the children. The character I was projecting onto was the dead mother. For obvious reasons the mother was the character I found myself most connected to. There’s a scene where Josh explains his son “remembers his mother” while the younger daughter just “remembers the idea of her”. It was supposed to make me see that if Julianne could win over the son, the daughter was already hers and everything would just fall into place. I found the entire thing devastating. Loch is younger than the daughter in the film and I know should something happen to me now, he’ll never truly remember me and another woman will easily be able to take my place in his heart. The son in the movie is older, say 11, and he’s angry and confused by his mother being gone but also by his Dad’s interest in a new woman and I found that concept equally unbearable. But, because this film is about two people falling in love and not the story of how people deal with grief, after a few short scenes of minor tween attitude, the boy is equally won over by the successor and ready to move on. Nice for the child. Nice for the Dad. Nice for the new girlfriend. But I’m still sad for the dead mom.

Did I mention the dead mother shows up to befriend and get to know her replacement. Yep, so there’s that too.

At one point Josh Duhamel looks through a stack of letters in his wife’s old office which has been left like a shrine. It appears the mother wrote a collection of letters to be read by her surviving family members at key moments in their lives, “To My Son on his Graduation” or “To My Daughter on her Wedding Day”. Those letters, all sealed and waiting, are there to make us feel for the husband, for the burden he’s carrying and the job he’s now doing alone, but I was weeping away in my seat for the woman who wrote them and what she had to leave behind. Later in the film when that same building burns to the ground (thanks to the unbalanced ex) and I wasn’t worried for the child who had to jump from the roof or the female lead wrestling her ex with a gun, I was worried for the letters. Those painstakingly written last hopes and dreams. The final thoughts of a mother who had to leave her family but wanted them to know she was still with them. I kept thinking “Save the letters! Save the letters!” and when they didn’t, I was a wreck.

As it is with these kind of books and films however, there was a loophole. The letters, which were stored in a metal desk, were discovered intact when the husband roots through the debris after the fire. At the end of the film Julianne’s character, sitting on a beautiful, old tree swing, is given one of those letters. The letter is simply addressed “To Her”, meaning the woman who comes after, the woman my husband has chosen to love. As Josh and the darling moppets fish in the warm Carolina sun Julianne reads the letter. The dead mom’s voice over wishes her love and joy. She says she’s happy her son will have a mother and her daughter a confident. She says that she knows her husband must really love her because she’s reading this and she’s now able to move on because she knows her family’s taken care of. Julianne looks up, her eyes lock with Josh and they stare lovingly at each other. Their happy ending is all but guaranteed and all I could think of was the poor dying woman who’d been reduced to a disembodied voice.

Life is perspective. We hear in songs what we’re experiencing at the time. We react to words people say with the spin we feel in our soul. Someone having a baby is great news unless you just had a miscarriage or have been trying unsuccessfully for years to get pregnant. Getting an expensive present from your husband is lovely unless you know your family’s struggling with money. Birthdays make some people depressed and other people, like me, super happy. Our take on things is amplified by how we already feel. I was happy for the couple in the film but I didn’t care about them like I did for the woman who had to say goodbye before she was ready.  I’m not feeling as noble as she was about being replaced, though for the sake of Sean and Loch I know eventually I might have to adjust. 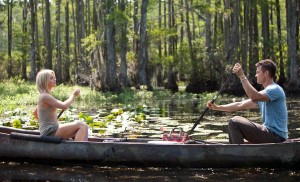 There was one moment in the film I really appreciated. A second where they took a moment from courting to honor the memory of the person who was gone. The couple are at a particularly romantic location and Julianne asks Josh if he used to bring his wife there. He says yes and admits that for a while he tried to avoid places that reminded him of her because he thought it would be easier. He says he tried to put her from his mind, to not think of her… but he realized that wasn’t fair to her memory. That if he wasn’t remembering her, who would? He says, “She was wonderful and doesn’t deserve to be forgotten.”

Should I go, I would want Sean to find love again. I would want him to be happy. I would want Loch to have someone to love and mother him, to hug and kiss him and tell him everything was going to be ok. I wouldn’t want them to be alone but the thought of someone taking my place kills me. No matter how healthy it would be for them, I’m not ready to be forgotten. Right now I still believe I’ll beat my disease but, should I go down hill, I can see softening to the idea of being replaced. I can imagine a time where I’ll be at peace with the thought of simply being a memory and, with all the letters I write to Loch, perhaps I should take the time to write one to “Her” as well.

Sometimes the right thing to do is also the hardest. It’s all a matter of perspective.